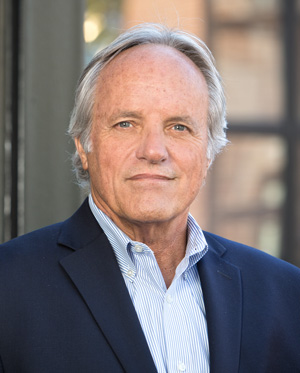 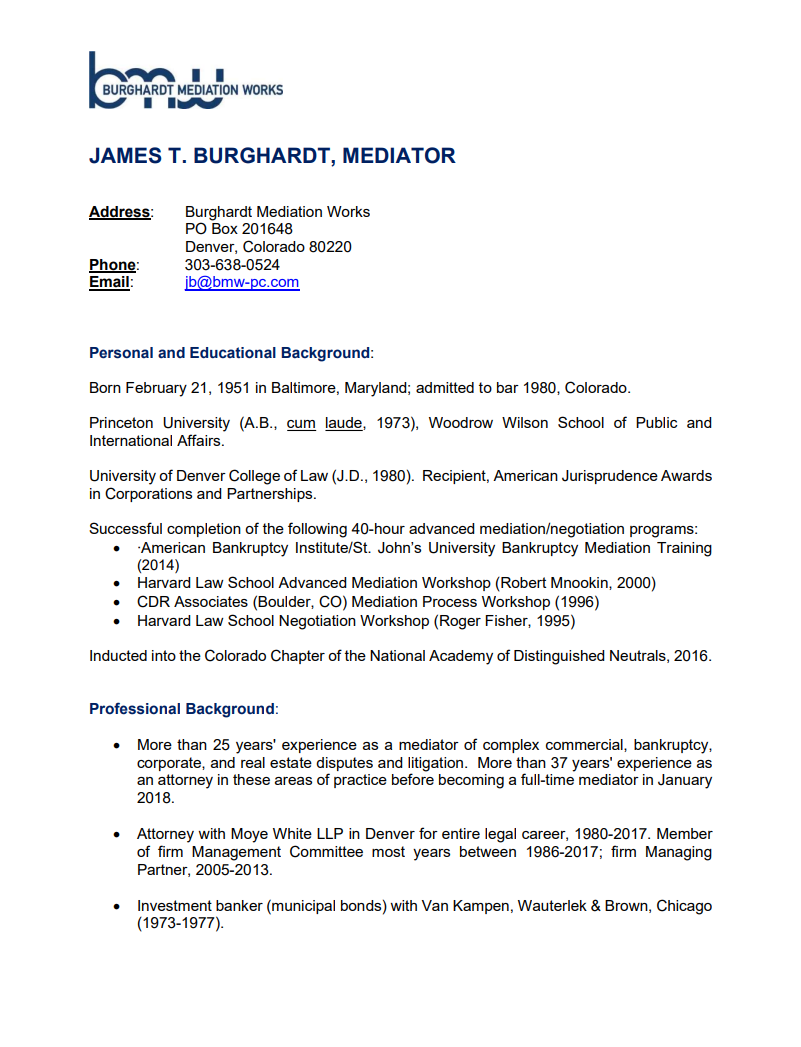 Jim began his professional career in 1973 as an investment banker in Chicago, focusing on municipal bonds. In 1977 he realized his dream of returning to Colorado and attending law school at the University of Denver. There he had the good fortune to study commercial law under John E. Moye, who was a living legend among commercial lawyers in Colorado and around the country. Upon graduation from law school in 1980, Jim turned down several significant opportunities to accept Moye’s offer to join his recently-formed boutique business law firm, which then had fewer than ten lawyers. Jim made this decision in the belief that the creative and entrepreneurial spirit animating the Moye firm would ultimately make it highly successful, as well as an enjoyable place to practice law. This proved to have been a good decision. Jim spent his entire 37-year legal career at the firm, well-known today as Moye White LLP and boasting some 80 attorneys.

After being elected to partnership in 1986, Jim served on the firm’s Management Committee almost continuously. He was elected Managing Partner of the firm and served in that capacity from 2005 to 2013.  For many law firms in Denver and around the country, this period oversaw their demise or survival-merger into other firms. In contrast, Moye White actually enjoyed some of its most successful results during this period.

Jim’s commencement of law practice in 1980 coincided with the effective date of the new United States Bankruptcy Code and the emergence of business bankruptcy as a potent tool in US commercial law. In addition to performing more traditional commercial and real estate legal work, Jim rapidly gravitated to business bankruptcy and its blended focus on courtroom advocacy and private negotiation of complex disputes, particularly in Chapter 11 cases. Ultimately this led him to the conclusion that many, if not most, business disputes could be more effectively resolved by the parties themselves rather than through litigation. This conclusion, coupled with a natural inclination toward negotiation, problem-solving, and thinking outside the box, led Jim to pursue training as a mediator in the mid-1990s. Mediation of commercial, bankruptcy, corporate, and real estate disputes began as a small adjunct to his legal practice in the late 1990s, but ultimately it developed into a major component of his workload at Moye White.

Jim’s devotion to the study and practice of mediation increased over the years. His decision to retire from Moye White and to open his own solo mediation practice in 2018 was based on his conclusion that mediation should become the heart and soul of his professional career.

Inducted into the Colorado Chapter of the National Academy of Distinguished Neutrals, 2016. 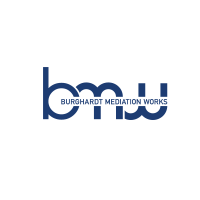